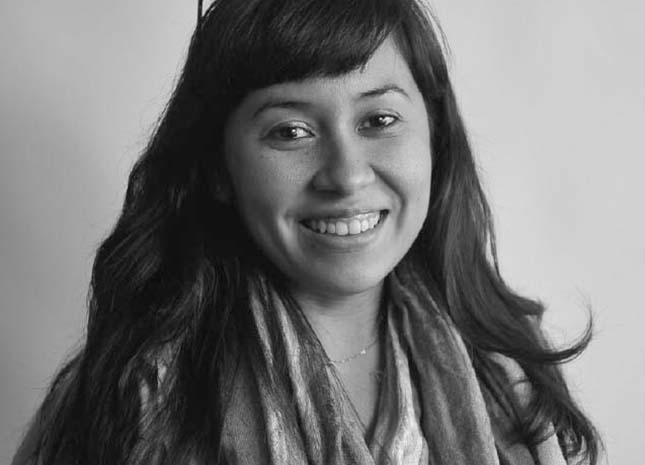 Darinka Aguirre is a multi-talented designer with experience in sustainable design, graphic design, digital imaging, furniture design, 3D modelling and prototyping. She holds a Bachelor in Industrial Design from University of Monterrey, Mexico, and a Master of Applied Art in Design from Emily Carr University of Art + Design, Vancouver, Canada, and is currently pursuing a Publishing Diploma at Langara College.

Darinka is an award-winning designer, having won awards, such as the first prize of the competition “10 Commandments for Sustainable Development” organized by Paramount Pictures (2007); the Canadian Bureau of International Education (CBIE) award (2008 and 2009), and the Government of Mexico Research Fund (2008 and 2009).

Darinka has participated as a keynote speaker in a number of international events, such as, The IDSA (Industrial Design Society of America) International Conference in Portland, USA (2010); the Learning Network for Sustainability (LeNS) Conference: Sustainability in Design NOW!, Bangalore, India (2010); the CWMA Annual Conference Victoria, BC. (2011); and the RIP International Workshop (2011) Banff, AB., where she presented “Design for Repurposing: A Sustainable Design Strategy for Product Life and Beyond”, which is a study of the phenomenon of Repurposing as a sustainable solution, where objects are designed with a second life in mind.

“Design for Repurposing” has been published in the United Kingdom by Greenleaf Publishing (2010), and is a public resource available online. In 2011, Darinka was invited to participate in The Banff Centre’s R.I.P. (Recycling Persuasive Media, Intervening in Planned Obsolescence and Practicing Technological Sustainability) Residency program, where with a group of international designers and scientists, they collaboratively introduced each other to methods of recycling digital materials for creative exploration. The results were art projects made from salvaged waste, and a public art exhibit held at the Walter Philipps Gallery, in Banff, Alberta.