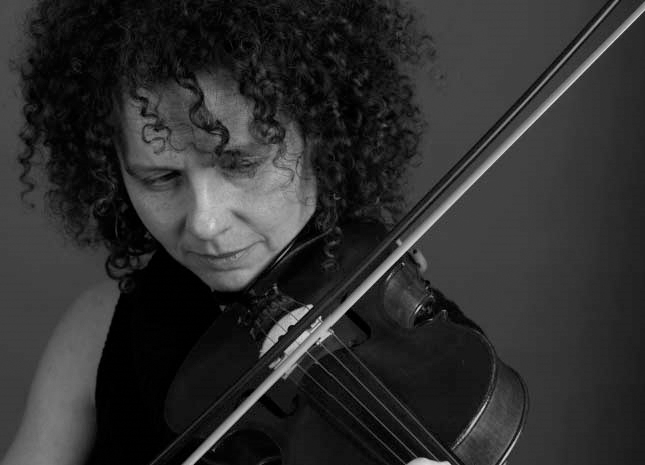 Hazel grew up in and around London, UK, and studied music at The City University and viola at The Guildhall School of Music and Drama. Whilst in London, she played with the London Musicians Collective, various avant-garde ensembles, an African jazz band, and in a lot of Irish pubs. Following this, studying Ethnomusicology at University College Cork and the University of Cambridge provided the opportunity to pursue a growing fascination with traditional Irish music and her PhD ‘Anarchy and Heterophony in the Traditional Music Session’ was the first in its field.

In 1993, Hazel co-formed ‘Horace X’ with producer/drummer Mark Russell. They spent almost a decade running this collective out of their own UK based studio and independent label, being too weird and electronic for folkies and too folky for everyone else. Eventually, labels in Minneapolis and Berlin picked up the project, and they spent the next five years touring a live show around Europe and North America, including coast-to-coast tours of Canadian festivals in 2002–2005. During these years Hazel also studied Carnatic Violin Playing, played with Laurie Anderson at her South Bank Meltdown series, and worked as a session string player/arranger and music leader for folk and improvised acoustic workshops.

When ‘Musical Futures’ a UK education initiative pioneering informal, project-based learning in the music classroom, recruited professional musicians to work alongside classroom teachers, Hazel discovered that teaching can actually be as much fun as being in a band. She went back to school in 2009 studying music pedagogy at the Institute of Education in London. As well as frequenting Vancouver’s Irish music bars, she is currently working on a new electronic-acoustic experiment based around manipulating violin-generated sounds, which promises to be, well, too weird and electronic for folkies.