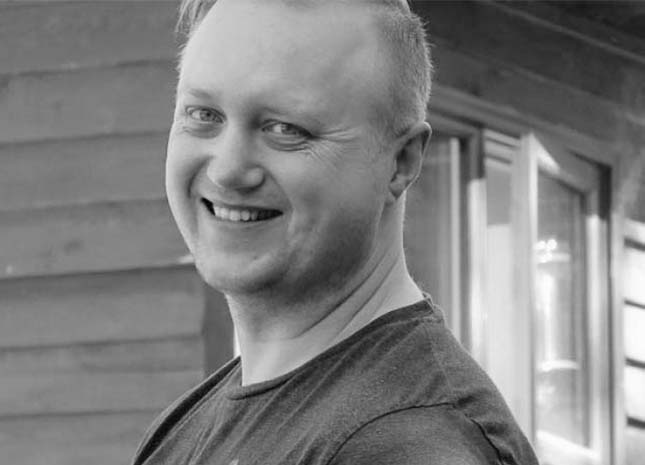 Jesse Daniel has been an instructor at LaSalle College Vancouver (formerly The Art Institute of Vancouver) since 2006 and began his career as a classical animator.

Later, moving into the digital side of work, and gravitating from animation to a specialization in 3D modeling as well as illustration.

Early career highlights include early work in stop motion animation, television animation, and an extensive amount of time working within advertising as a contract artist, where he spent a number of years working as a storyboard artist, a production/pitch artist, and doing a variety of illustrative and 3D work for a vast array of clients. Later highlights include a decade of working in video games and animation as a 3D artist, as an development and concept artist, and as an art director.

Currently Jesse works as a contractual artist both locally and for clients internationally. In addition to the “daytime career” and teaching at LaSalle College Vancouver, Jesse also regularly performs as a stand up comedian.

In his time at LaSalle College Vancouver, Jesse has taught and written the syllabus for a number of different disciplines. Most noteable and heavily influenced by Jesse are his participation, instruction, and course development of the character modeling classes, the brush based modeling classes, the concept art and design course and, most recently, the portfolio development classes.

Known for creativity and a sense of humor in class, Jesse has always made classrooms a place of fun and innovative teaching methods, tailoring course material to the needs, strengths and dreams of the students.