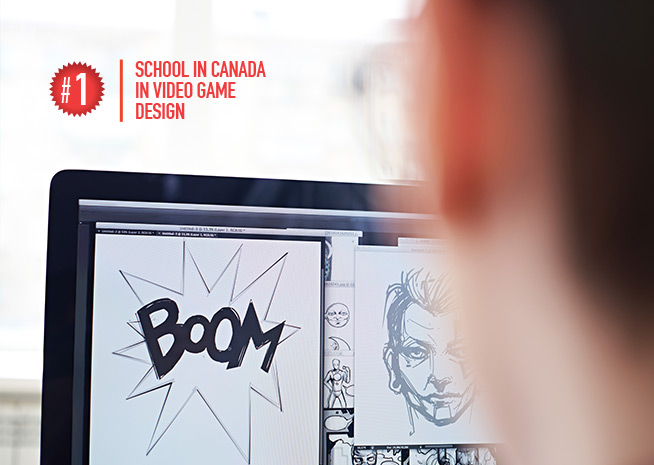 The full lists, which name the "Top 50" undergraduate and "Top 25" graduate schools, are posted at Top Schools for Game Design 2016. There, users can also get information on The Princeton Review's methodology for this project and its detailed profiles of the schools with guidance for applicants on their programs, admission requirements, and financial aid.

The Princeton Review chose the schools based on its 2015 survey of 150 institutions in the U.S., Canada and abroad offering game design degree programs or courses. The 40-question survey gathered data on everything from the schools' game design academic offerings and lab facilities to their graduates’ starting salaries and career achievements. More than 40 data points in four areas (academics, faculty, technology, and career) were analyzed to tally the lists.

"For students aspiring to work in game design, the 58 schools that made one or both of our 2016 lists offer extraordinary opportunities to learn and to hone one's talents for a successful career in this burgeoning field," said Robert Franek, The Princeton Review's Senior VP-Publisher. "The faculties at these schools are outstanding. Their facilities are awesome. And their alumni include legions of the industry's most prominent game designers, developers, artists, and entrepreneurs."

Undergrad and grad students enrolled in the schools that made the lists also gain valuable professional experience while in school. According to The Princeton Review's 2015 survey of administrators at the schools, about 85% of their ugrad and/or grad game design students that graduated in their 2015 classes developed actionable plans to launch games while in school.  Moreover, 49% of undergrads and 59% of grad students at these school programs worked on games that were shipped before they graduated.

The Princeton Review has reported its game design program rankings annually since 2010. It has teamed up with PC Gamer, a monthly magazine published by Future plc, as its reporting partner on this project since 2013. PC Gamer' s May issue has a feature on the ranking lists that details the schools' unique programs, prominent professors, and alumni. The issue lands in subscriber mailboxes this week and on newsstands March 29th.

The "Top 25" schools on The Princeton Review list, "Top 50 Undergraduate Schools to Study Game Design for 2016," are: